Cayuga Lake is the second largest Finger Lake behind Seneca Lake. It is the longest and second deepest of the eleven Finger Lakes. Due to its large size and significant depth, it takes water that draining into the lake over 10 years to cycle through the lake. Cayuga Lake also has the largest watershed covering 785 square miles. The watershed includes 6 counties and 44 municipalities and is home to over 120,000 people. 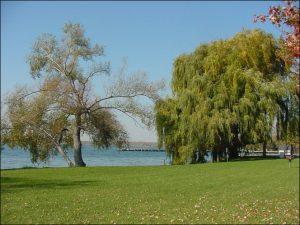 Cities/Villages within the watershed: Villages of Aurora, Cayuga and Union Springs in Cayuga County. City of Ithaca and Villages of Cayuga Heights, Dryden, Freeville, Lansing and Trumansburg in Tompkins County. Village of Interlaken in Seneca County. 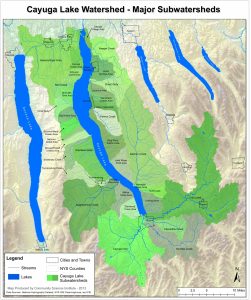 The Cayuga Lake Watershed Restoration and Protection Plan was updated in 2017.

The Water Bulletin: The Newsletter of the Community Science Institute, Fall 2020